After our tour of the Golden Triangle, we headed to Goa which is a two and a half hours flight south of Delhi.  Goa is known for its beaches and relaxed atmosphere. We were staying at the beautiful North16 hotel. Our friends from Al Ain were also staying there for five days so we had a wonderful time. 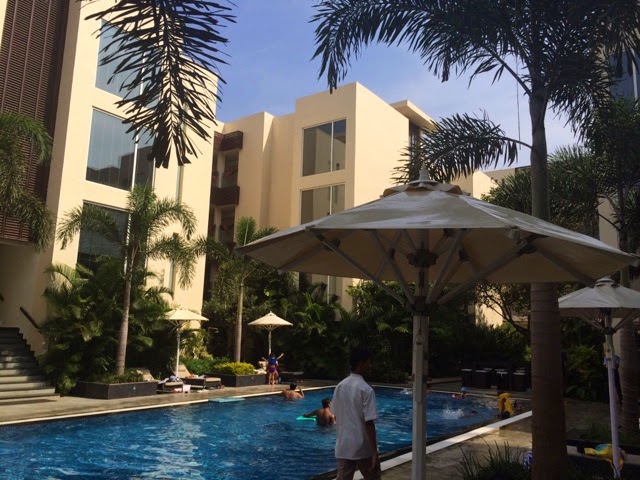 The pool was the best part of the hotel, I also loved that they had these 'fishbowls' that you could order by the pool. 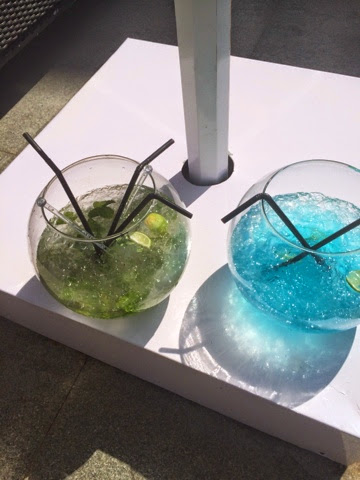 We arrived on Christmas Eve and it was nice to see that the hotel was playing Christmas carols and had beautiful decorations. 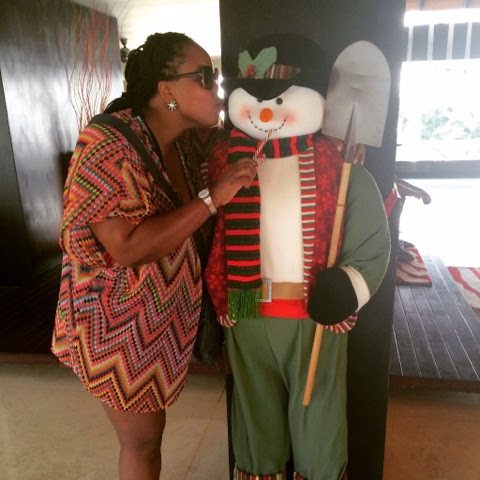 On Christmas Day we decided to go to Calangute beach which was a 20 walk away. The other thing I loved about Goa was that it was really safe compared to the other cities we had travelled too in India and it was nice to be able to walk the streets in the day and night. 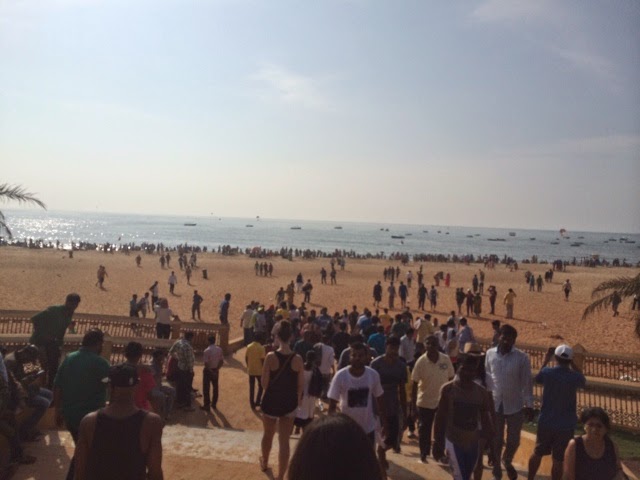 The beach was packed and it was also nice to have locals come up to us and wish us Merry Christmas and shake out hands. We were celebrities for the day with many people coming up to us asking to take pictures with them and their family.
Goa also has a bumpin night life and we went to club Mambo, I was surprised at how much techno they played, but all in all I had a fun time at the in. The one thing that was ideas that you had to buy a drink card, Kim of like a debit card. You went to the station and put money on the card and then you used the card at the bar to get drinks. I guess they do this so that the bartenders don't have to handle money. 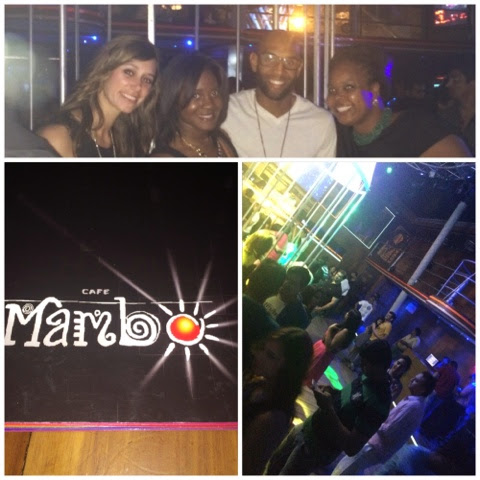 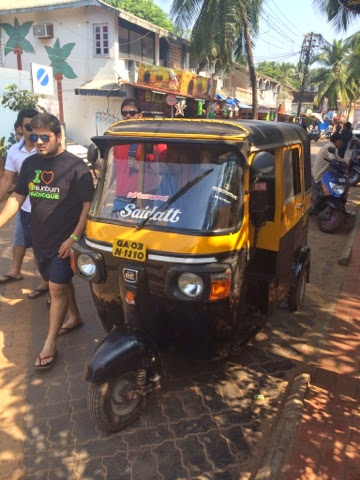 When we weren't walking we were riding tuktuks. We had to bargain up a storm, but we always found one driver that would pay our price. It is funny because when you ask the first driver they will tell us that we will NEVER find anyone that will take us for that price. Well, it may take us asking 4 or 5 drivers but we always found someone who was desperate enough to take us. 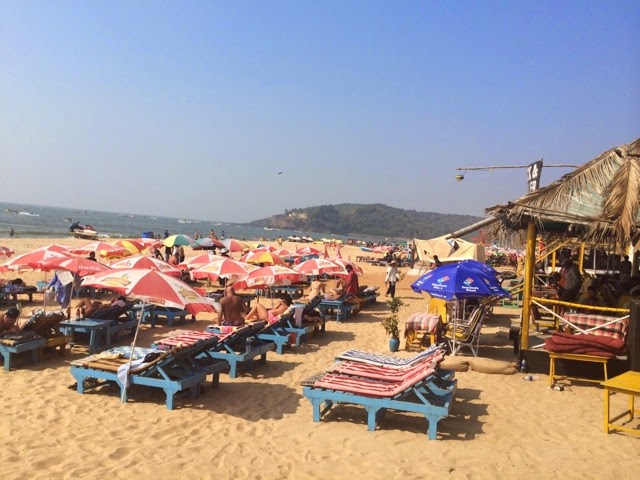 This is Baga beach which was about a half an hour walk away from out hotel. These lounge chairs had wifi access and we ordered food while we relaxed. 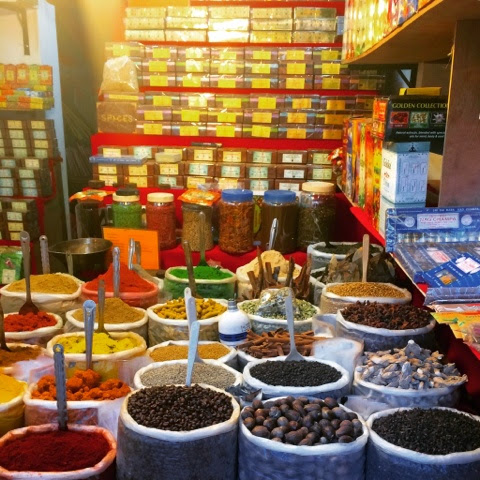 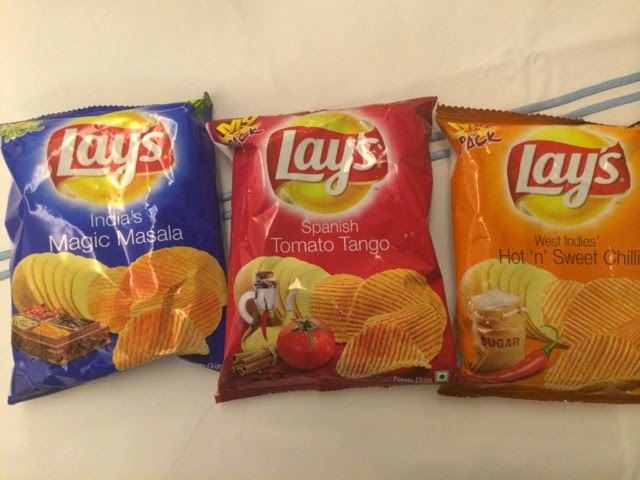 Fun chip flavors, the best was the West Indian Hot and Sweet Chili. 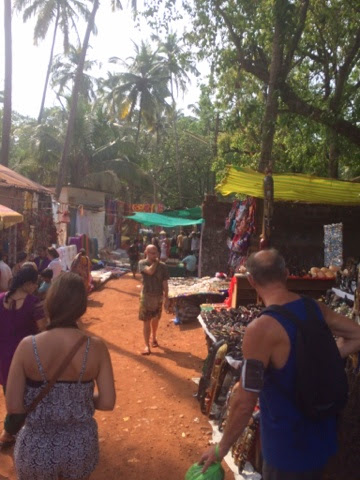 Every Wednesday Anjuna market is the place to be. This maze of stakes was great for shipping but also overwhelming, everyone was hustling and trying to sell you something. After awhile, I just had to get out of there. If one more person asks me to buy a bracelet I swear... 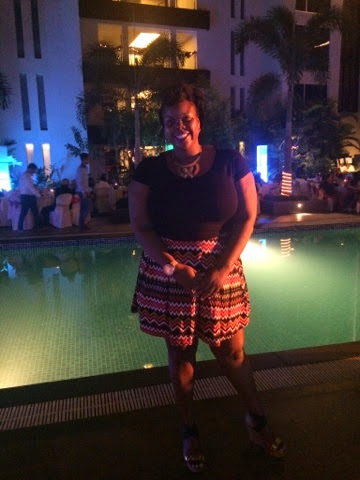 When we booked our hotel room we were told we HAD TO pay for the NYE gala. I was furious, yet as NYE approached my anger subsided because the streets of Goa were packed on NYE and there was not a taxi to be had. I was happy that I could get dressed. Put on my heels and just walk downstairs to the gala. We had Aubrey buffet dinner, dj, aerial gymnastic show, drinks and fireworks. One of the most memorable nye's ever. 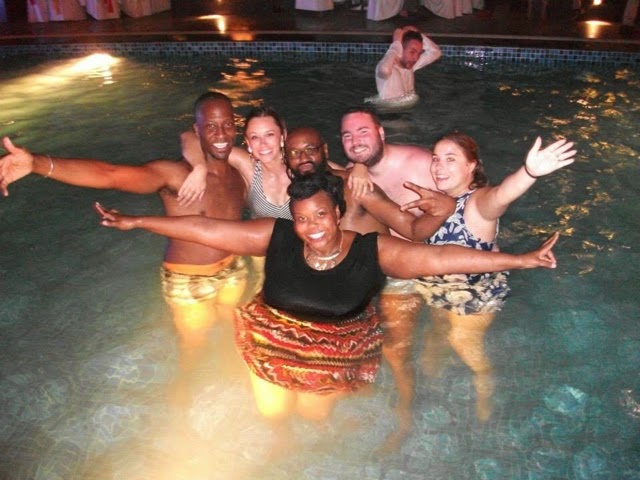 After midnight, we jumped in the pool, why? Because we could! 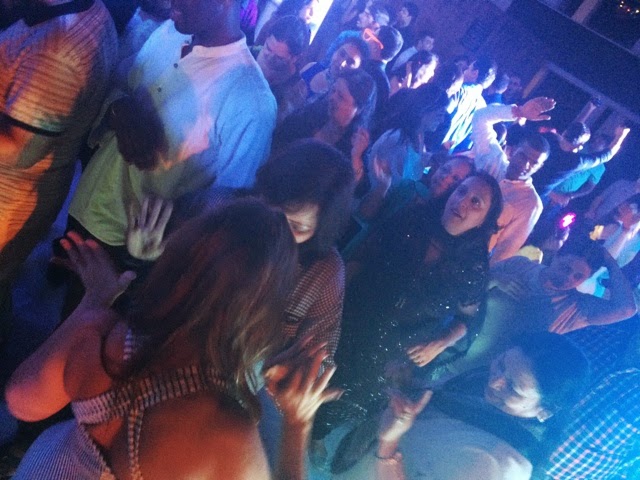 All in all another fantastic trip for the book.
Posted by MissHaneefa at 10:13 PM