My Week In Abu Dhabi Part 2

Saturday, I just relaxed at the hotel.

Sunday, we had an Orientation at the Aloft hotel.

We signed up for our bank accounts and they also gave us a credit card.  Can I just say that the interest rate in the country is 0-1%!  Wow! Compared to the 11-12% that we have in Canada that is a steal. There were people from ADEC who discussed Visa issues, because some people are bringing their spouses over.  We also discussed housing (briefly).  At this point we still did not know where we were going to be placed. 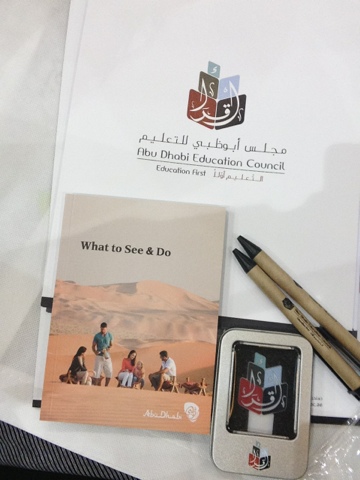 After the orientation a few of us stayed at the Aloft and had some food and drinks.  In Abu Dhabi you can only get alcoholic drinks in the hotels (and a store called Spinney’s that sells alcohol).  Alcohol is not sold in restaurants that are not attached to hotels. Also the only clubs/bars are attached to hotels.  There are no stand alone clubs or bars.

That night a few of us went to Lebanese Flower a popular restaurant in Abu Dhabi.  We had sheesa aka Hookah or water pipe which is flavoured tobacco.  My favourite flavour so far is apple, but there is mint, grape mint, watermelon and many more. 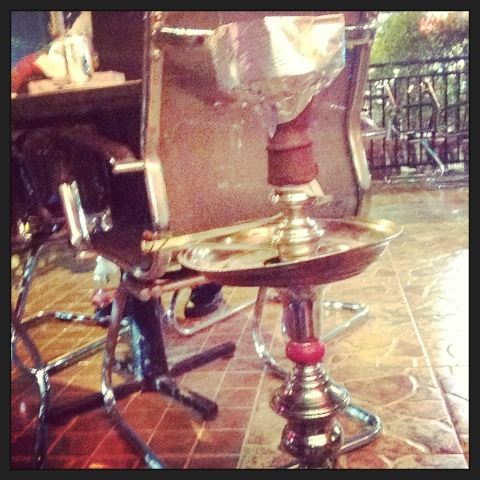 I was also introduced to my favourite drink in this country: lemon mint. 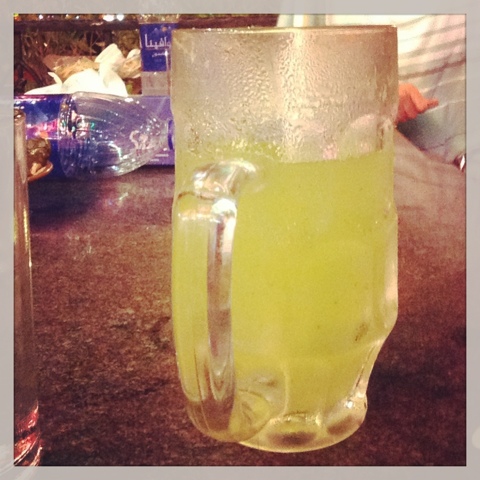 Basically it is lemonade with fresh mint chopped up in it.  The funny thing about Abu Dhabi is that even though the country is so hot (on average 38C) they seem to not put ice in their drinks.  I always have to ask for ice and when they bring it to you they bring you two or three ice cubes, I find it so strange.  Here are a few pics of what we ate that night.  My favorite was the lamb kabobs.  I LOVE lamb. 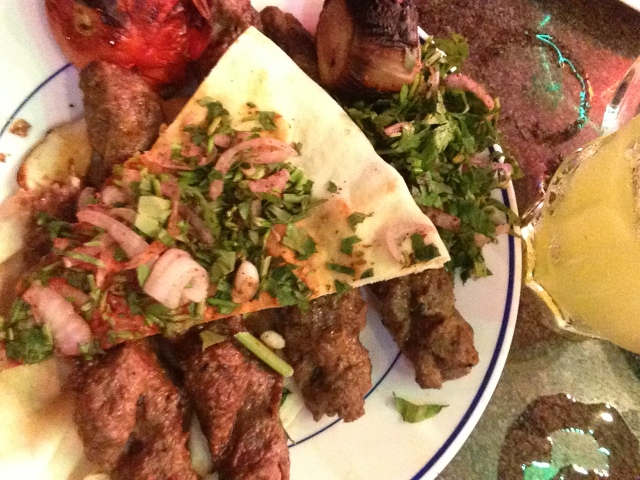 Monday, we went to the Corniche which is a boardwalk and a beach.  They have family beaches in which you pay 10 dirham (about 3$), to go to this area you have to be a couple or a family.  I was with 4 guys so that did not work. We had to go to the public beach which was fine.  The beach was stunning.  I still cannot believe that there is a beach in the city. The water was warm and a stunning turquoise blue color.  It is not quite man made, they have just extended the natural coast line to add more sand and create the beach and the boardwalk. 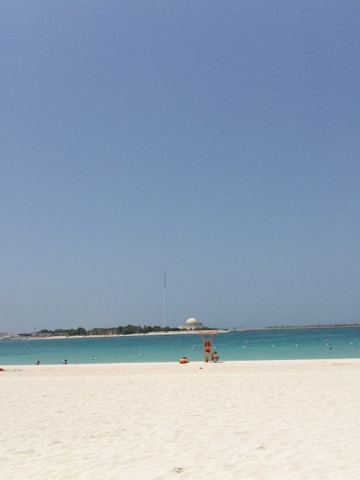 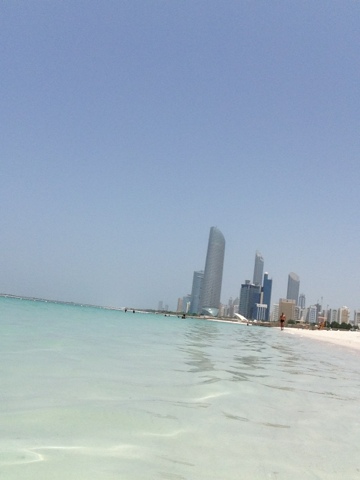 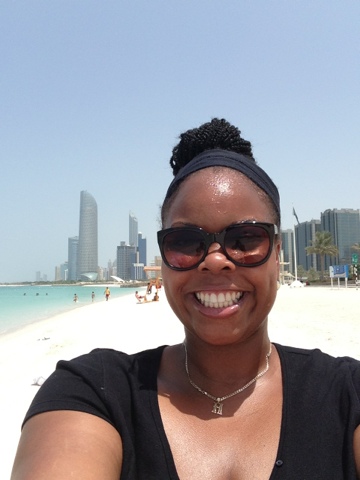 I must admit that there was only one other woman on the beach besides me.  I wore a black one piece and got so many stares it was kind of scary.  Even the guys I was with commented that they had never seen a woman get stared at so hard.  To this day I am not sure if I was getting stares because I was in a bathing suit and the men are not used to seeing that or if it was because I was with four guys…  When we were done at the beach we took a taxi back to the hotel.  We ended up getting yelled at and kicked out of the taxi because we were damp from the beach.

More to come!
Posted by MissHaneefa at 10:25 AM