Hello!
It has been a long time my reader friends. Too long, but as they say, absence makes the heart grow fonder. The school year is winding down and as the year comes to a close, I thought I would give you a taste of what student work looks like here in the UAE. 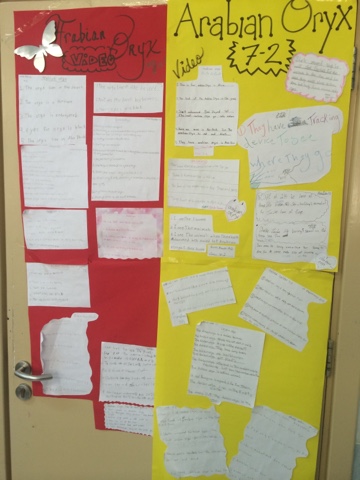 I made my class watch a video in Arabic about the Arabian Oryx, an animal similar to a gazelle that is native to the UAE. In the 1970s there were only four of them left. The Sheik took them and created a conservation area here in Al Ain at the Al Ain Zoo. There are now thousands, so many that they have even donated some to other neighbouring countries. Students had to watch the video and write as many sentences as they could in English based on things they saw in the video. 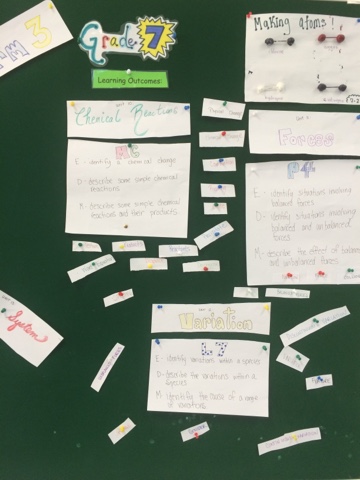 This is my handmade wall. These are words that were covered in trimester 3, as well as the learning outcomes for this trimester. 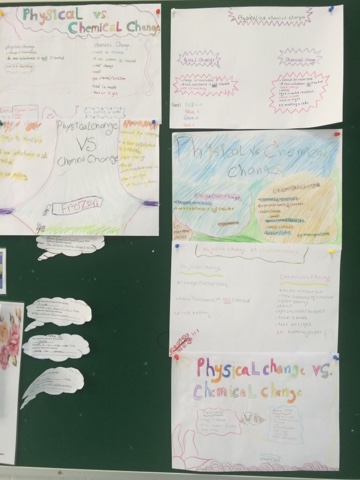 Students created mini posters after we discussed the differences between physical and chemical changes. 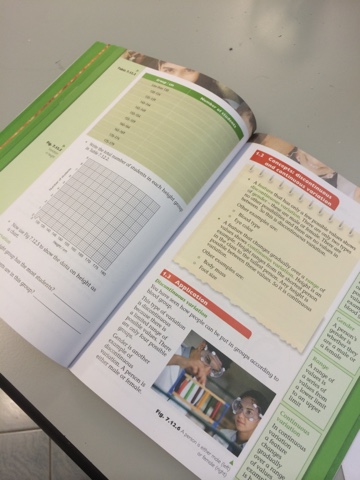 This is the grade 7 textbook that we use. 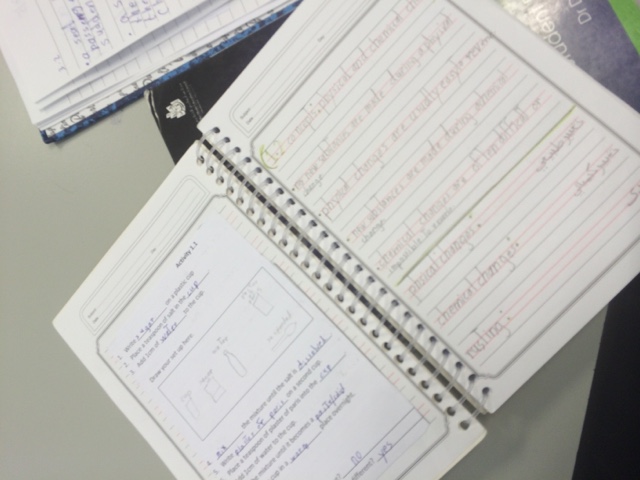 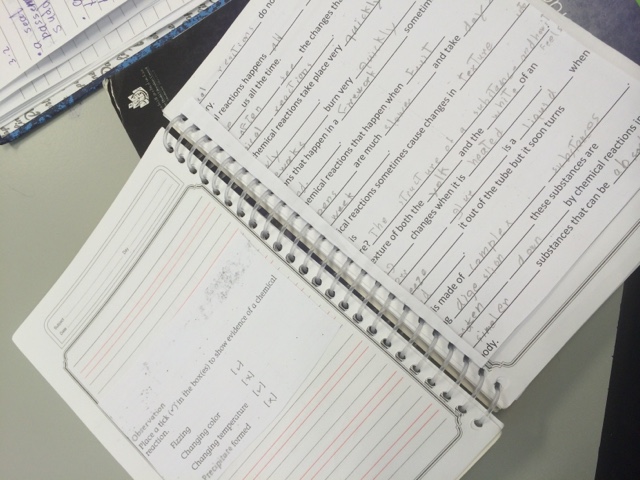 Page from a student's notebook. 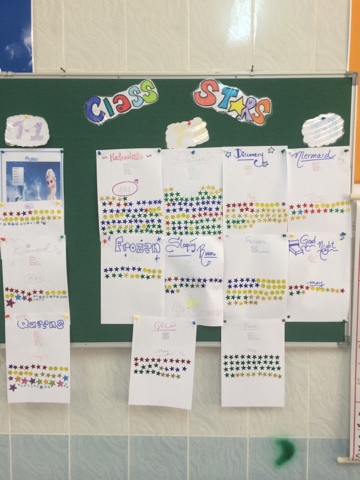 Classroom behaviour management system. Students get 'Stars' when they behave/participate/do well on tests. Stars are taken away for not listening, bad behaviour. At the end of the month the starts translate to dollars. I put on a class store and the studies can use the class money to buy items.
Thanks again for reading and I have so many posts for you, keep an eye out. Also there will be another Twitter season at the end of June.
Posted by MissHaneefa at 11:53 PM