Hello readers! I have missed you.  I know that I have been gone for too long.  First, I would like to that all of you for reading.   I also never realized how many people actually read and I am flattered.  I have been approached in Abu Dhabi by readers and I appreciate all the love I have received.  I remember when I started on this journey I always wondered why there were so many gaps between posts on other blogs I read and now I understand.  Life here is soooooo busy! Between work, setting up the apartment (I am still not done with that) and making the most of the weekend, there is little time to blog. But I am here now and ready to share what has been happening in the last few weeks.
Let me start by saying school isn't that great. The kids try my nerves and do not really listen which sucks for the kids that really want to learn. Since ADEC is like Big Brother and probably reads this blog too, I will leave it at that.
Here are a few pics from the beach in Abu Dhabi. The area is called the Corniche and it is like a boardwalk with restaurants and little food shops.  There is frozen yogurt, a Cold Stone's and even a Cinnabon! Whenever I come to Abu Dhabi I try and come to the beach. I used to go to the public beach, but there were too many men and even in a modest black bathing suit I was getting too many stares ( there were also only about 3 women at the beach), so I have started going to the "family" beach.  You pay 10 dirhams (about 3$) to get in and about 7$ for a chair and an umbrella. The family beach only allows families, females and couples. It is worth the money, no stares and you can enjoy the beach in peach and quiet. 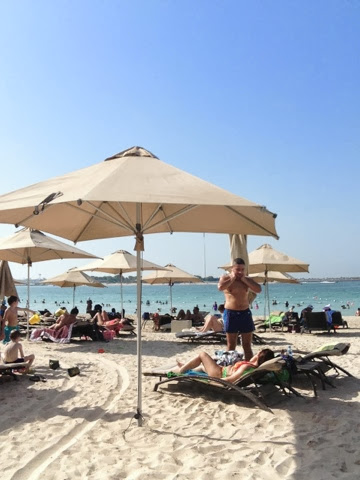 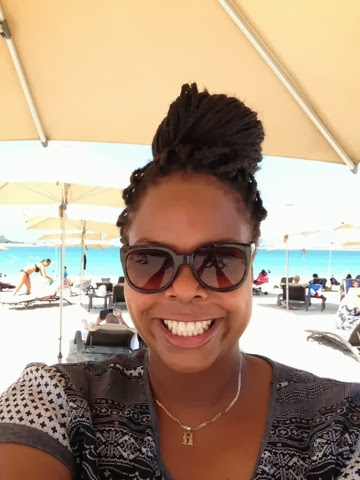 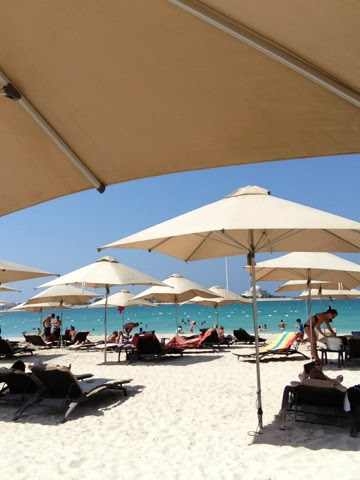 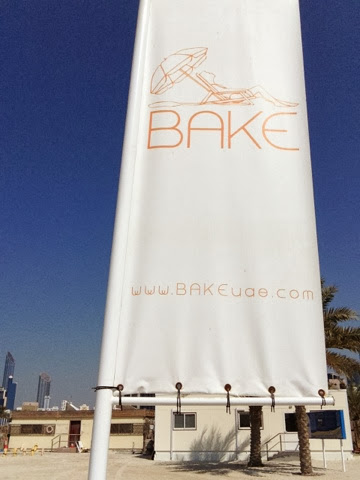 It is crazy to think that in November you can still be at the beach! Love it!
I know I said I would leave school alone. But there is one thing I will say; students can be very generous.  I told one class that my other class said some mean things to me and the next day I got these: 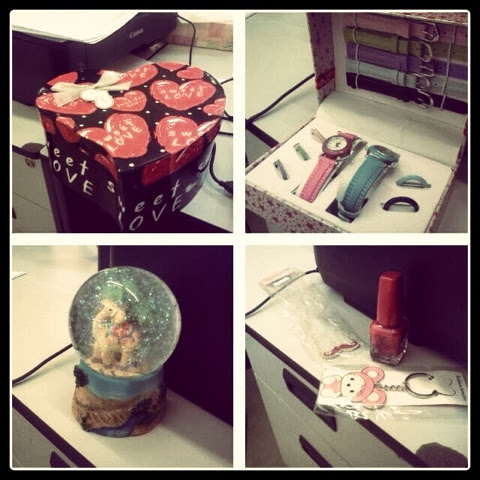 The camel snow globe is my favourite.
I love horror movies and I had read that the UAE had produced its first one (directed by the guy that did Texas Chainsaw Massacre) and it would showing at the Abu Dhabi Film Festival, so I bought a ticket.  The showing of Djinn was last Friday at the Emirates Palace Hotel, the fanciest, most beautiful hotel I have ever seen. 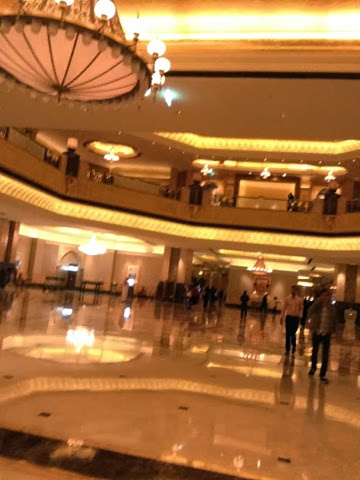 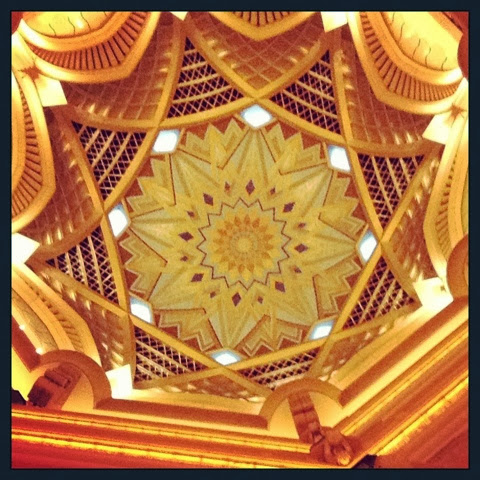 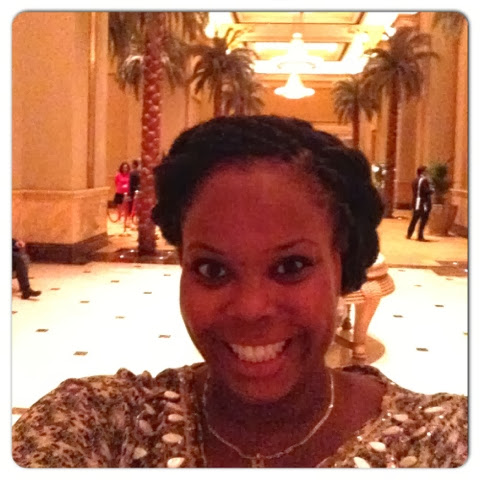 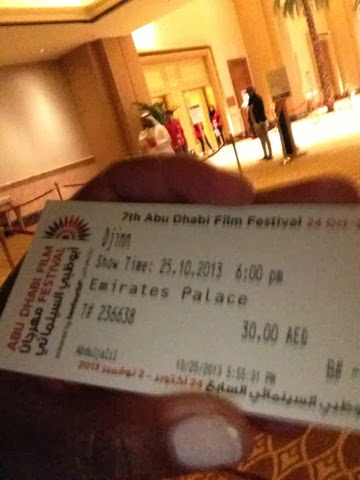 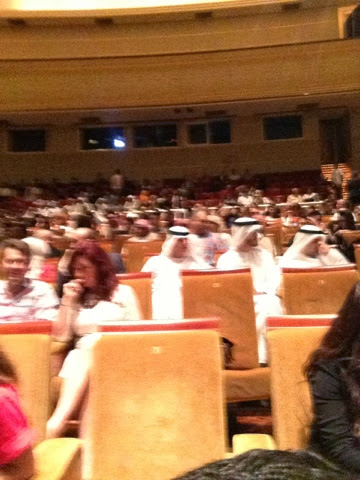 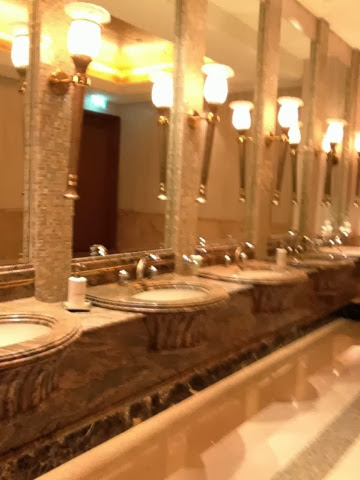 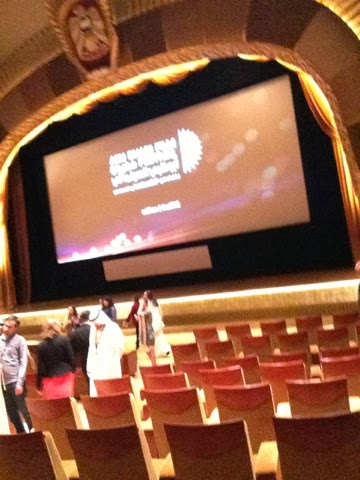 I apologize for the quality of the pictures. I really enjoyed the experience. I actually sat in the second row behind the actors and actresses from the movie, they looked like they were at the Oscars, absolutely stunning.  The movie itself centres around Arabic folklore and creatures called Djinns that are evil spirits that can posses people and shapeshift. To be honest the movie wasn't that great and at times it was even comical but all in all I am so happy that I went.
The FiFA U-17 World Cup is presently in the UAE and they were giving free tickets to games. So I snatched up a few to the game in my city last Wednesday. It was Nigeria vs. Iran and it was great! I was reluctant to go out so late on a school night (I try to be in bed by 10pm, since I get up at 5) but it was worth it.
Once again, very few women in sight and I swear these men act like they have never seen women.  The Nigerian fans were going crazy, they were chanting, they were playing drums and it was such an amazing vibe. Nigeria won 4-1.  I have tickets to the finals next week in Abu Dhabi bit cannot go because I have a friend's birthday and will be lambasted if I do not go to that. 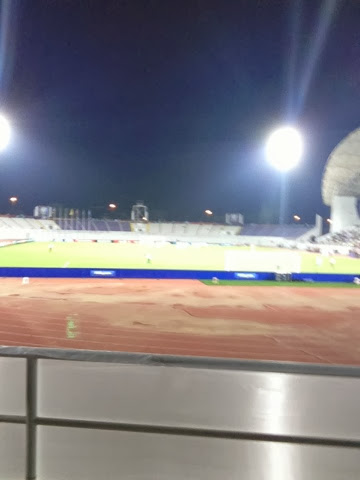 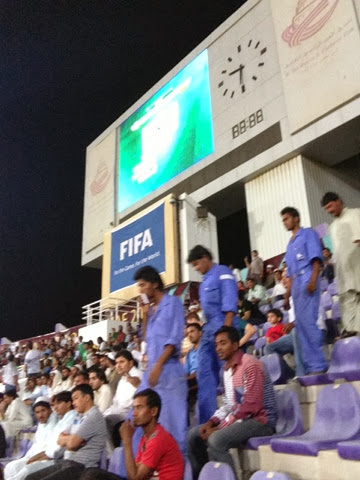 This weekend I am in Abu Dhabi for the Formula 1 races and a Jay Z concert! Woot woot. More pics to come!
School may suck, but the weekends make everything worth it!!!
Posted by MissHaneefa at 8:49 PM