Partying It Up In Bahrain

Before I get to my weekend trip to Bahrain, I finally caved and  signed up for an annual membership at the Rotana. I went for the free trial for three days last week and I really liked it. The gym is about a 15-20 minute drive from my place which by Al Ain standards is considered 'far'. There is also another Rotana that is about 8 minutes away but it is more expensive. The gym membership includes pool access, sauna, steam room  and hot tub access. I am excited about my membership and hopefully this will help me with my goal of losing 10 pounds (or more) before I go home this summer.
Now on to the good stuff. This par weekend I went to Bahrain. Bahrain is a small island country located near the western shore of the Persian gulf next to Saudi Arabia and near Quatar.
I left Thursday after work and almost missed my flight because the bus I took to Dubai took so long to get to the station because of traffic.  I got to the airport at 6:20 pm, my flight was at 7. When I got to the counter I told the guy my flights was at 7 and he said that I would have to book another flight. He then saw my Canadian passport and commented, ' You are from Canada? I love Canada! One moment please'. He then entered my info in the computer and handed me a bording pass, he didn't even weigh my luggage. He told me that I would have to run. Thank God!
I went through security quickly (I swear they are not even looking at those screens because I had items that were more than 100 ml in my carry on suitcase). I ran through that airport like it was the last leg of the Amazing Race. When I got on the plane I was sweating like a mofo. You know when you workout hard and you are still sweating even after you are not moving? That was me.
Unfortunately, I had the middle seat, but I was on the flight and that is all that mattered. 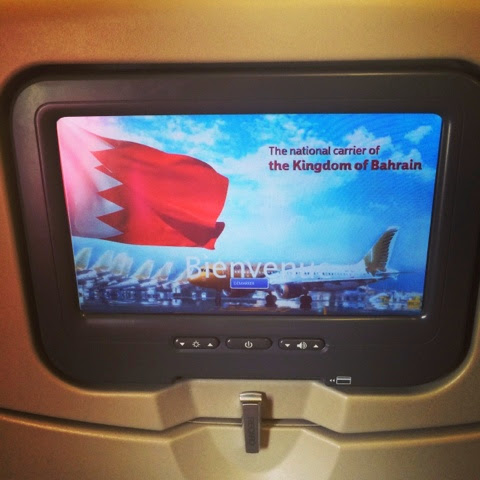 Luckily, the flight was only one hour. I arrived safely and waited for my friends. I bought a little something from Duty Free and got a SIM card with some data for my phone.  By the time my friends arrived and we got to the hotel it was 10pm. Bahrain has a navy base and is known as the Las Vegas of the Middle East. The architecture even looked like Vegas with the bright lights and various hotels along the 'strip'.
That night we headed out to Club Wrangler located in the Jaffier Hotel. The music was great, 90s hip hop, current stuff and even some reggae. 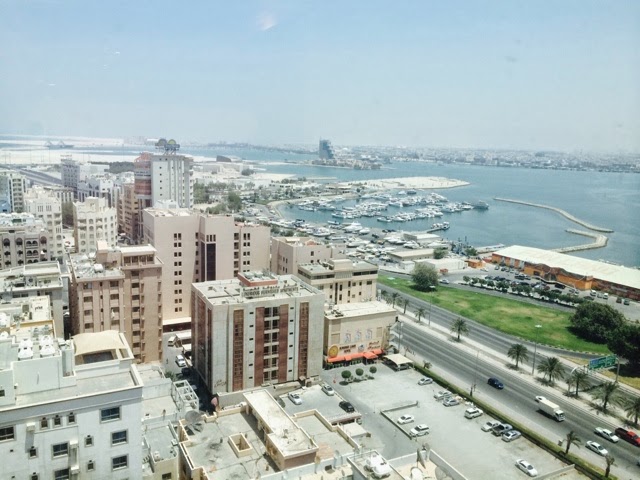 We stayed at the Holiday Inn Expres, it wasn't bad for the price and the view was great.
Friday morning we headed to the Souq. They had a plethora of jewelry stores and my friend bought a gorgeous gold ring . 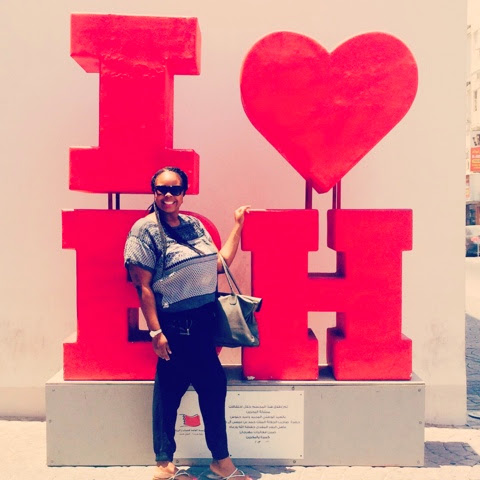 After that we had lunch and headed back to the hotel. We tried to go to the beach but the private beach we wanted to go to had sold all their passes for the day, so we just chilled in the hotel room.
That night we headed back to Club Wrangler and I got to meet Tanto Metro from the reggae due Tanto Meteo and Devante. They were in town for a reggae beach party (I would have loved to go to that but the entrance fee was a little too steep). Remember the reggae song , 'everyone falls in live sometimes'? That was a huge hit around 2000? That is them. 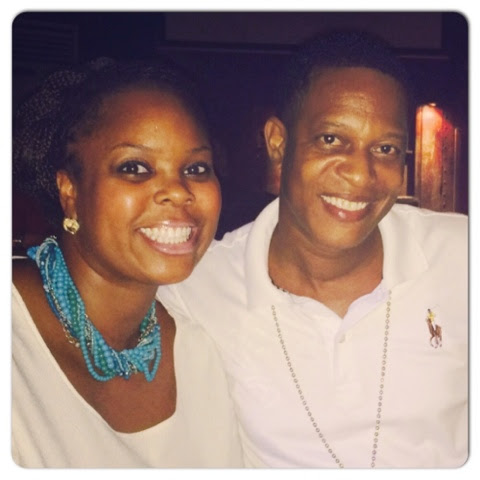 I had a fun time and it was great to get away for the weekend.
We may have a long weekend in two weeks and I am looking to go to Doha in Quatar.
Posted by MissHaneefa at 7:43 PM