After we left Delhi, we took a 5 hour drive to Agra.   We arrived in Agra around 8 pm. We were told REPEATEDLY not to leave the hotel by the driver, the bellhop, the front desk and even the greeter from the company. That was fine with us because we were tired from the drive. My only complaint about the hotels in India was that they did not have wifi included and we had to pay for it. Since I am a social media junkie, social media is a must in my life and wifi is a must.
The next day was a big day, we headed to the Taj Mahal. Sadly, the weather was super foggy, but that added to the mystery and made the pictures more majical.
To get to the doors of the Taj, we had the choose between taking a horse, motorized bike or camel to the doors of the Taj; we took a camel. 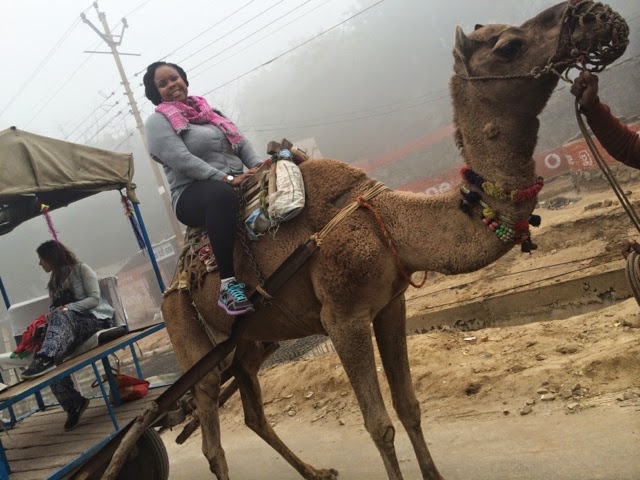 I got to ride the camel for a bit, it was great. 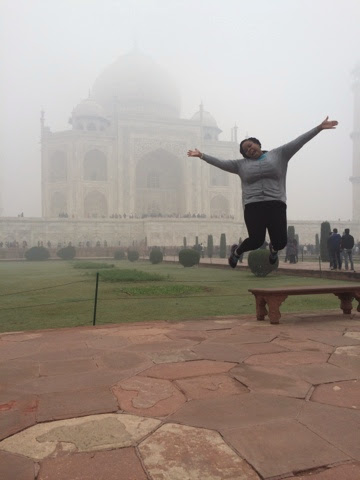 Jumping for joy at the Taj Mahal.
The Taj took 22 years to build and is built of white marble and semi precious stones. It was built as a memorial for the Emperor's wife. It was breathtaking. Larger than life. 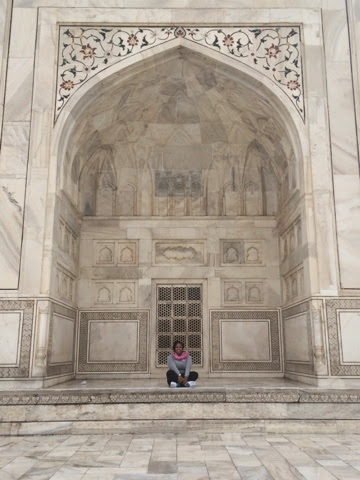 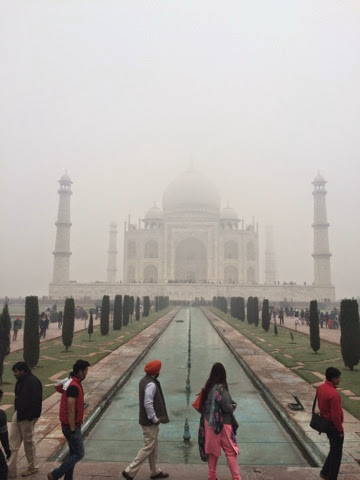 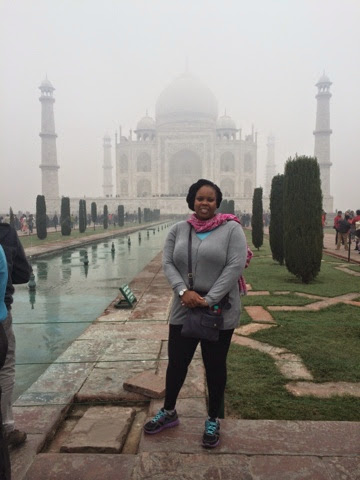 After the Taj Mahal we headed to the Amber fort. 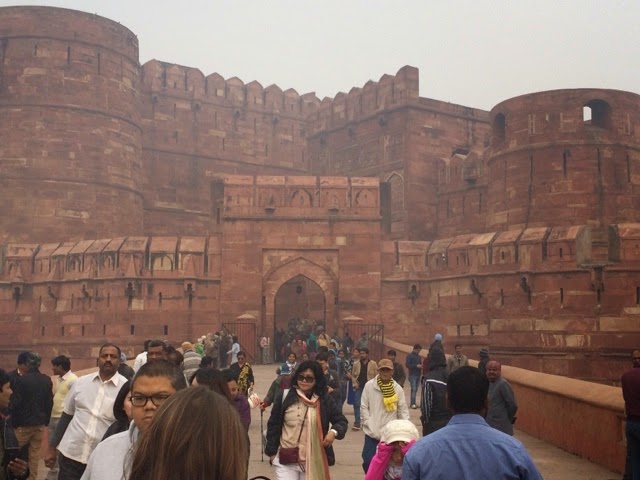 I am always so impressed with all these strictures that were built so many hundreds of years ago are in such great condition. 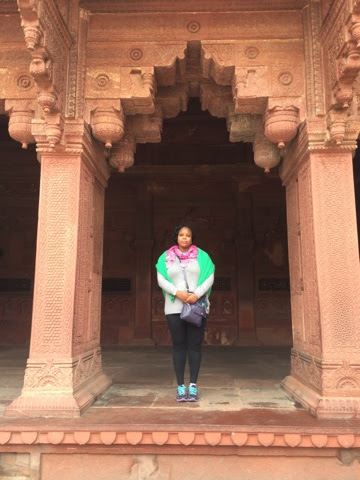 I have never been scared of snakes. Actually at one point I wanted a pet snake but my mother said she wouldn't be a friend anymore. 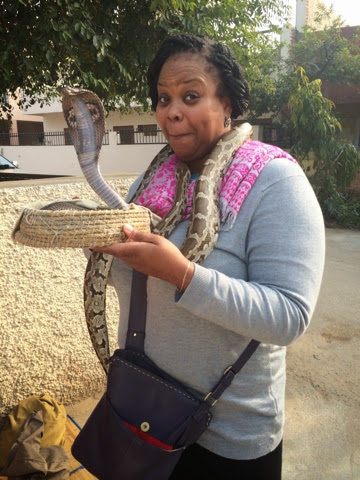 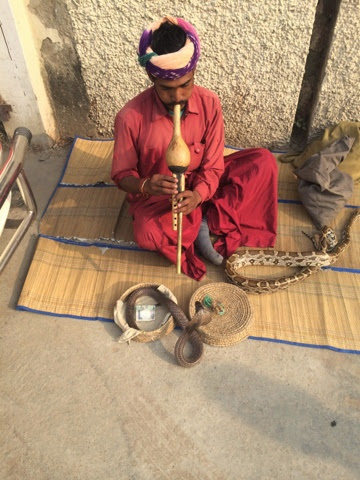 These snake charmers were in front of the restaurant and let me take a picture for a dollar.
As a black traveller there are some funny things usually happen to me. People are amazed about my hair. On the way back from the Taj Mahal, I felt someone looking at me. It was a soldier with a huge gun. He asked my tour guide about my hair. Was it real? I explained to my guide that my hair is not real and it consists of fibers that are hair like. It takes about 5 hours to do. Do I have to do it everyday? No, no. By the end, my tour guide had a group of soldiers, schooling them on my hair. Hilarious.
Next stop Jaipur.
Posted by MissHaneefa at 9:18 PM