As I said in the last post, I arrived in Paris at around 11 am and my flight to Abu Dhabi was leaving at 10 pm. So I had a few hours in Paris.  I have never been to Paris before and the Eiffel Tower as always been a dream of mine. I had to wait in line to clear customs and that took about an hour. The first thing I did was exchange some money to euros. I then emptied my huge purse into my carry on and checked it into this locker for 6 hours for 6 euros.
I then asked how to get to the Eiffel Tower, I was given directions and a map. I bought two, one way tickets and took the train to the Eiffel Tower. I had to change trains, but after an hour I got there.  My friend had suggested that I walk up because it would be faster, she was right.  The line was much shorter.  I walked about half way up because the line to the top was too long and I was really on a time crunch.  The view was breathtaking. 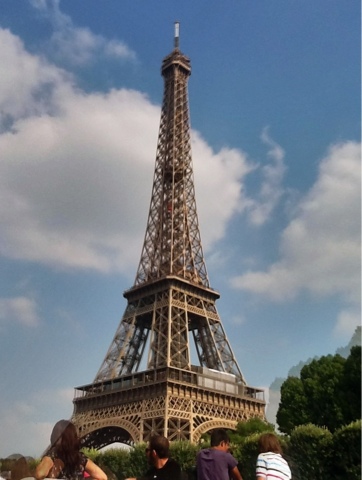 I was sweating like a mofo, but it was so beautiful.  I never want to see another set of stairs for awhile.   When I got down, I made my way across the street to the one hour boat tour.  I had to wait about 20 minutes , in the mean time bought a chicken and cheese crepe ( delicious).  The tour was amazing, cruising on the Seine so relaxing.  I saw the Notre Dame cathedral, the Sorbonne and even the place that marks the location of Princess Diana's death.  I was so tired that I kept nodding off and missed a bit of the tour because I haven't slept in over 24 hours. 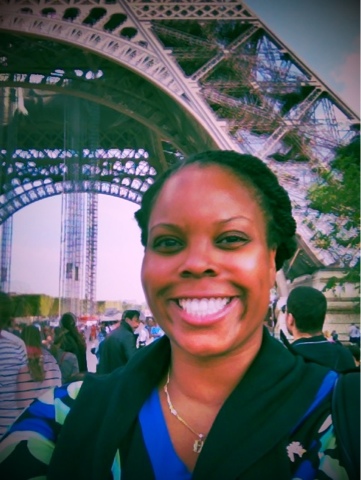 I headed back to the airport , collected my luggage and ate the best chocolate macaroon that I have ever had in my life (and a chocolate croissant, how are Parisians not a million pounds???).
I had about 2 hours to kill before boarding so I bought an hour and a half of wifi ( the Paris airport only gives 15 minutes of free wifi, really Paris!!!???).  I also called my mom from my iPad app and told her I was ok and got to see the Eiffel Tower. I then boarded the plane did I mention it is Etihad Airlines? 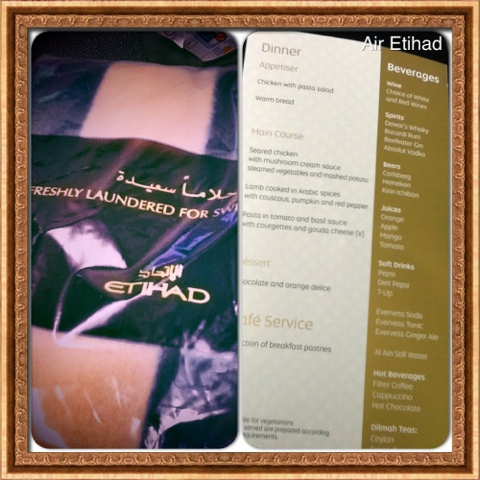 I ended up being in the the section above economy (not first, but a super nice in between). Tremendous leg room, personal screen.  I swear this trip has been amazing so far, I have really been blessed.
I cannot believe in less than an hour I will be landing in Abu Dhabi.
Posted by MissHaneefa at 3:09 AM